Minimum Wage Workers in Canada – The proportion of employees earning minimum wage grew from 5.2% to 10.4% in 20 years 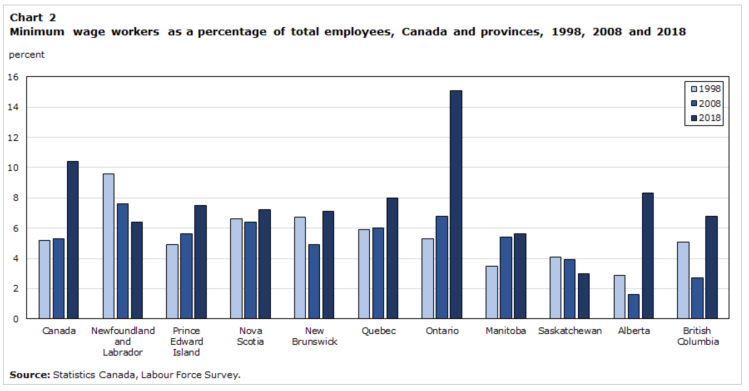 Like Loading...
« Job Report in US (December 2020) – Employment declined by 140,000 and the unemployment unchanged at 6.7
Essential Workers in NY – Almost two thirds are women »