This article is a discussion of the role of education in demography, and focuses specifically on efforts by Wolfgang Lutz and his team to add education as a fourth dimension to demographic projection models, after place, age, and sex. In this piece, I review a very important publication produced by the Wittgenstein Centre, World Population and Human Capital in the 21st Century (Lutz et al. 2014a). Lutz and his colleagues estimated the educational composition of the population for countries across the globe, and linked their findings to two drivers of population change: namely, fertility and mortality. It has been shown that fertility levels are highest among women with the lowest educational levels, and decrease systematically with increasing educational attainment (Basten et al. 2014; Fuchs and Goujon 2014).

This phenomenon is embedded in demographic transition theory (Caldwell 1976)and in theories of the role of human capital in economic development (Becker 1962; Becker et al. 1990). When this relationship is included in population models for countries of the world, the projected population numbers are found to be lower than they are in the equivalent forecasts carried out by the UN. There is also evidence that education affects mortality. As people who are better educated tend to live longer and with less disability than their lower educated counterparts, the populations of countries with relatively high educational levels are likely to experience additional population ageing. This trend is already being observed in countries with highly educated populations.

In Lutz et al. (2014a), projections were linked to scenarios (Shared Socioeconomic Pathways, or SSPs) used by climate change researchers in order to assess the impact of future populations on greenhouse gas emissions, and the impact of climate change on the welfare of affected populations. Recently, the Lutz team has carried out new world scenario projections in which they have aligned their assumptions as directly as possible with the United Nation’s Sustainable Development Goals (2015–2030) that are likely to affect the demographic components of change (Abel et al. 2016). These projections have a message for international and national policy-makers: namely, that if you achieve these goals, then the world population is likely to grow more slowly than was forecasted in the medium scenario of the Lutz et al. (2014a) projections or in the World Population Prospects of the United Nations (UN 2015a; UN 2015b). 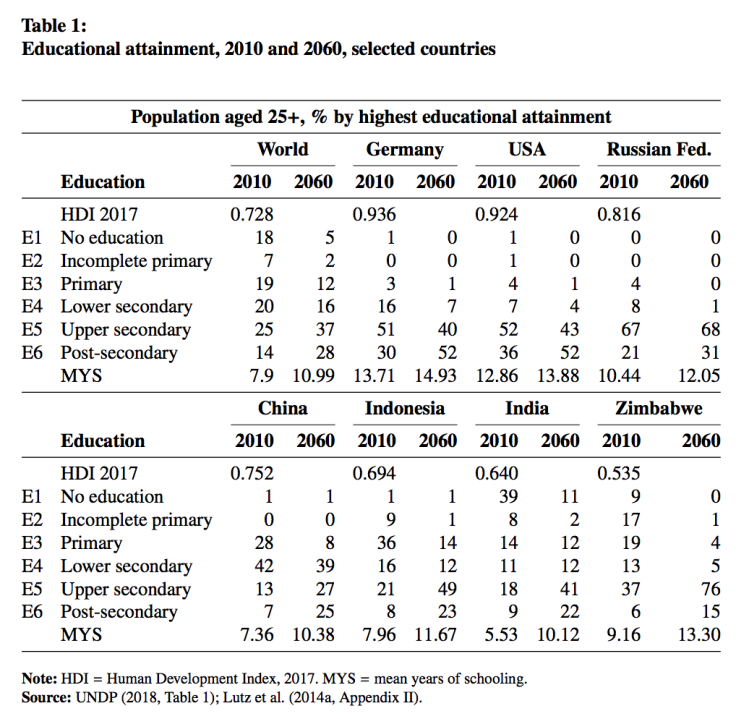 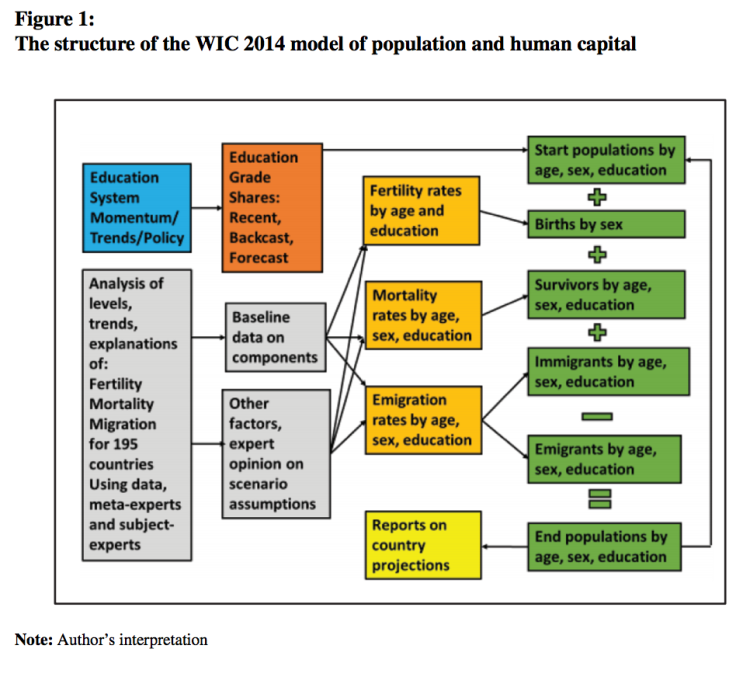 Education and demography: a review of world population and human capital in the 21st century

Like Loading...
« Skills Gap of Applicants in US – 42 Percent don’t meet skills requirements, but companies are willing to train up
Global Aging – The trend towards higher levels of educational attainment may help to reduce economic dependency »