Canada – The evolution of the approach to immigrant integration

Canada has long been a country of immigrants, largely selected for their ability to contribute to economic development. Though the source countries have evolved, the focus on employment-based immigration has remained, while also allowing for family reunification and refugee admissions.

Overall, given Canada’s geography (and the Safe Third-Country Agreement with the United States, which bars asylum seekers from filing duplicate claims in both countries), its immigration is heavily managed. The recent trickle of unauthorized land crossings from the United States is tiny in relation to the much larger scale of irregular migration and asylum-seeker flows to Europe and the United States, and is also small compared to Canada’s total annual intake of refugees. However, these spontaneous arrivals have understandably provoked some concerns about immigration management. 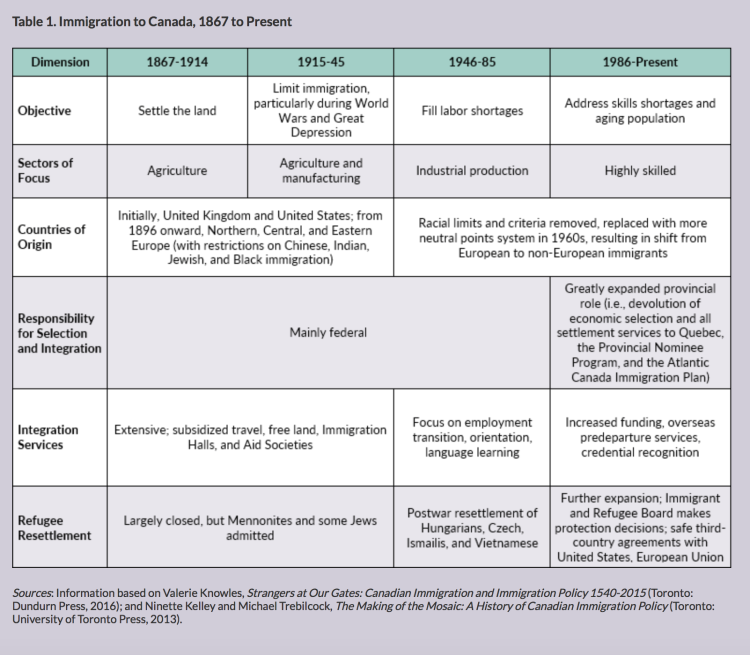 The Canadian model of integration, based on coherent immigration selection, settlement, citizenship, and multiculturalism policies, has been largely successful in terms of integrating newcomers to Canada. While the native born remain better off economically than immigrants, this gap decreases over time and generations. Overall, a higher share of immigrants and their children are university-educated compared to native-born Canadians, and members of the second generation with university degrees have similar median incomes to their peers with native-born parents. The largest public and private employers in Canada are generally representative of the populations they serve. Similarly, federal political representation of immigrants and their children largely reflects the proportion that are Canadian citizens (provincial government representation varies, however).

At the same time, the model has maintained host-society support for continued high levels of immigration (see Figure 3). 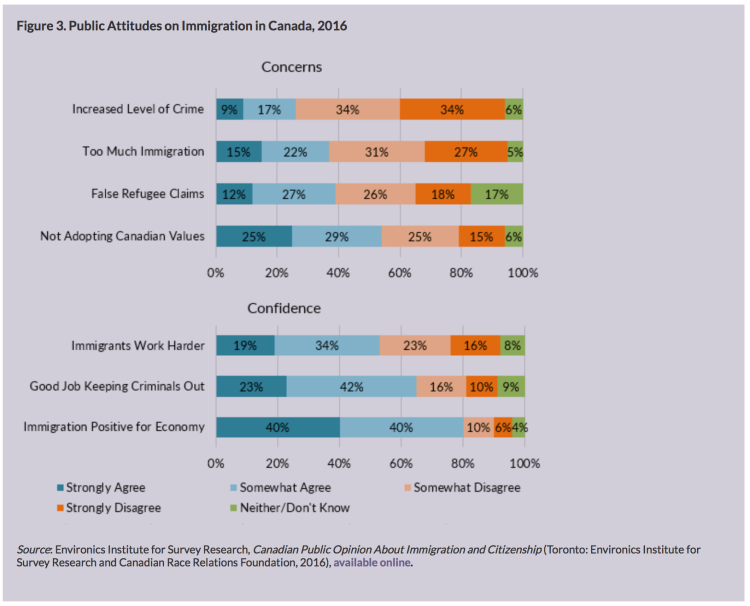 Chosen excerpts by Job Market Monitor. Read the whole story at Building a Mosaic: The Evolution of Canada’s Approach to Immigrant Integration | migrationpolicy.org

Like Loading...
« EU – More than one in four working-age adults remain economically inactive | Eurofound
Wealth Gap in US, 2016 – The median wealth of white households was 10 times the wealth of black households and eight times that of Hispanic households »