In March 2009, an amendment to the Employment Relations Act (2000) came into effect that introduced 90-day trial periods in employment for firms with fewer than 20 employees. A worker new to a small firm could be hired on a trial period, and for the first 90 days of his employment the legal requirements for dismissing him would be much reduced.

The policy was intended to stimulate employment by small firms by reducing the cost to them of hiring a person who turned out to be a bad fit for the job. Supporters of the policy claimed disadvantaged jobseekers would disproportionately benefit because employers would be more willing to take the risk of hiring them. Opponents anticipated costs such as a decrease in job stability, particularly for marginal workers. The policy was deemed a success, and in April 2011 the option of using trial periods was extended to firms of all sizes.

The policy was intended to encourage firms to take on more employees, and particularly more disadvantaged job seekers, by reducing the risk associated with hiring an unknown worker.

We use unit record linked employer-employee data and the staggered introduction of the policy for firms of different sizes to assess the policy effect on firm hiring behaviour. We find no evidence that the policy affected the number of hires by firms on average, either overall or into employment that lasted beyond the trial period. We also do not find an effect on hiring of disadvantaged jobseekers. However, our results suggest that the policy increased hiring in industries with high use of trial periods by 10.3 percent. 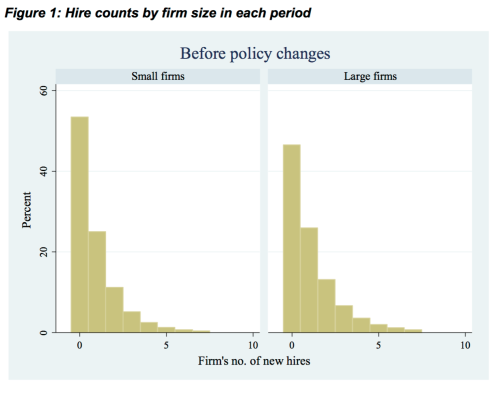 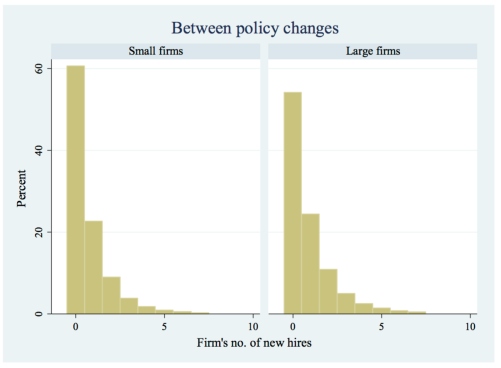 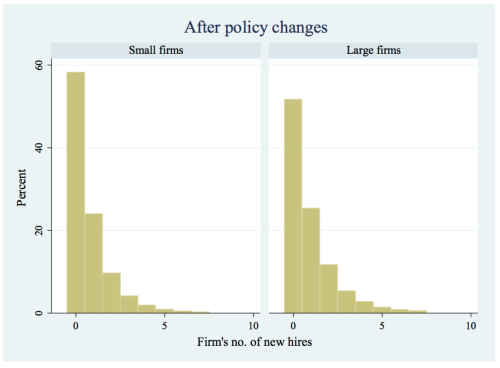