Illegal Immigration in the US – Making up 3.5% of the nation’s population finds Pew Research Center

Millions could receive relief from deportation and work visas from an executive order that President Obama is expected to announce soon. The action would be the most significant protection from deportation offered to unauthorized immigrants since 1986, when Congress passed a law that allowed 2.7 million unauthorized immigrants to obtain a green card. 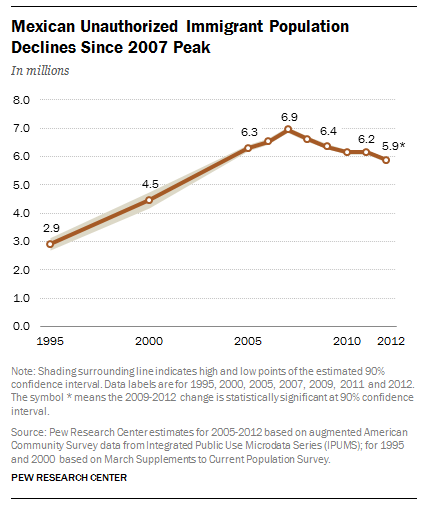 via 5 facts about illegal immigration in the U.S. | Pew Research Center.