US – While 80 percent of Grads expect their first employers to provide them with a formal training program, only 52 percent recieve it finds Accenture 2014 College Graduate Employment Survey

The Accenture 2014 College Graduate Employment Survey explores the expectations and experiences of US college students who will be graduating in 2014 and those who graduated in 2012 and 2013 related to education, skills, finding a job, salary expectations, debt and post-graduation living arrangements.

The survey polled more than 2,000 students and compares the perceptions of the class of 2014 who are preparing to enter the job market, with the experiences of recent grads already in the working world. A similar study was conducted in 2013.

The research reveals that many companies are not providing the talent development and training programs expected by recent college graduates. The vast majority of students graduating from college in 2014 (80 percent) expect their first employers to provide them with a formal training program, however, 52 percent of students who graduated from college in the past two years say they did not receive training in their first job. 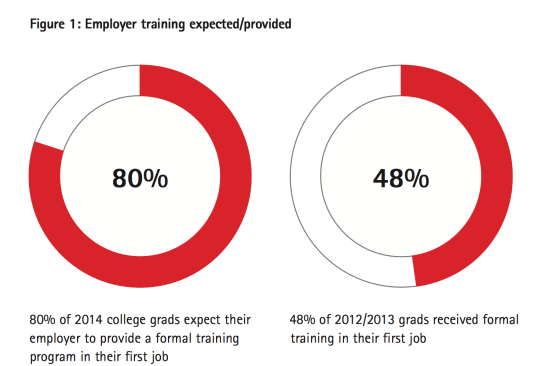 The research also found that nearly half (46 percent) of those who graduated in 2012 and 2013 consider themselves underemployed and working in jobs that do not require their college degrees, up from 41 percent of recent graduates participating in last year’s survey. 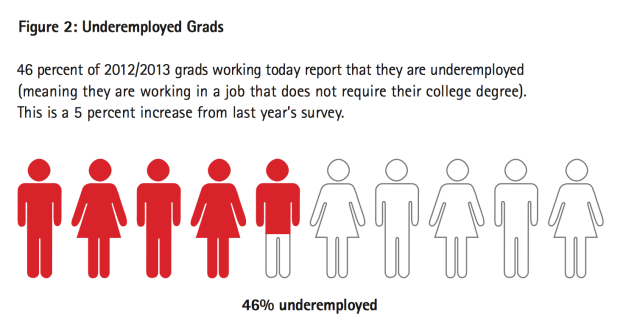