Over the past ten years, the platform economy has become a topic of great interest in Europe. It has been cited as a force for economic growth and innovation, lower-cost goods and services, and low-barrier employment opportunities. At the same time, platforms have been criticised for potentially expanding the number of workers in precarious jobs. Thus, stakeholders – including policymakers, social partners, workers and platforms – have sought to better understand the platform economy, as evidenced by the growing body of literature surrounding platform issues.

Overall, the surveyed platforms had 12.8 million active workers in the EU for 2016, which is equivalent to 5.9% of the total employment (ages 15-64). This is similar to the Eurobarometer, which estimated the number of people who regularly provide services in the collaborative economy at roughly five per cent of the EU population. Still, as the Eurobarometer considered a much wider variety of platforms than the present study (e.g. accommodation, finance and e-commerce websites) and looked at whether people have ever worked via platforms, the present study’s estimation would actually be considerably larger.

Compared to De Groen and Maselli, which estimated that 100 000 service providers worked in the EU in 2015, this result is much higher. Part of the difference is likely due to the self-reporting on service providers, for which platforms have an incentive to inflate the actual numbers. Indeed, some numbers are highly suspicious. For example, one platform reported nearly 3 million service providers, which is incredible given that the site had fewer than 1 million unique visitors for the surveyed month. This platform alone accounted for some 40% of the service providers in cluster 3. Another consideration is that some active workers may be counted multiple times. Some overlap is inevitable since it is likely that providers offer services on multiple platforms. 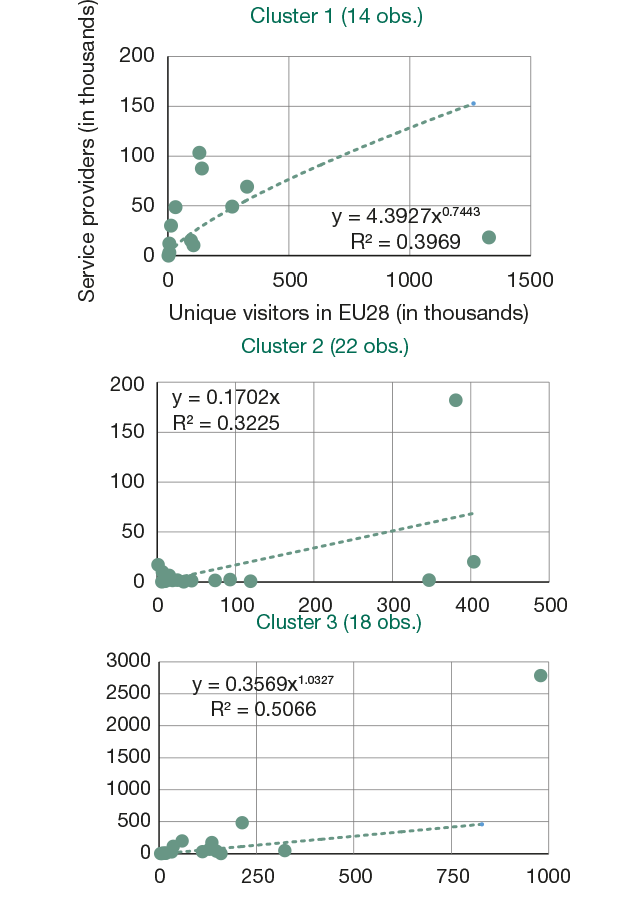 Chosen excerpts by Job Market Monitor. Read the whole story @ The Impact of the Platform Economy on Job Creation – Intereconomics

Evolving use of digital technologies and new business models, among other drivers, have given rise to online platforms that facilitate the emergence of platform-mediated work, such as “crowd work”, “gig work”, and other forms of often on-demand labour. Workers in platform markets often benefit from low entry barriers and flexibility, which can facilitate the labour … Continue reading →

Like Loading...
« COVID and Social Dialogue – A tool to make a difference
Low-Educated Workers in Belgium – More likely to see their jobs disappear, and less able to take advantage of new job opportunities »