For many veterans, finding a job after leaving the military is an important part of the transition to civilian life. A majority of veterans say their military service was useful in giving them the skills and training they needed for a job outside the military – 29% say it was very useful and another 29% say it was fairly useful.

While there are not significant differences between veterans who served in combat and those who didn’t in terms of how they assess the usefulness of their military service, there are differences by number of deployments. Veterans who were deployed three or more times are more likely to say their military service was very or fairly useful in giving them the skills and training needed for a civilian job compared with veterans who were deployed two or fewer times (71% vs. 53%). There is little difference between those veterans who have never been deployed (54%) and those who have been deployed one or two times (51%). 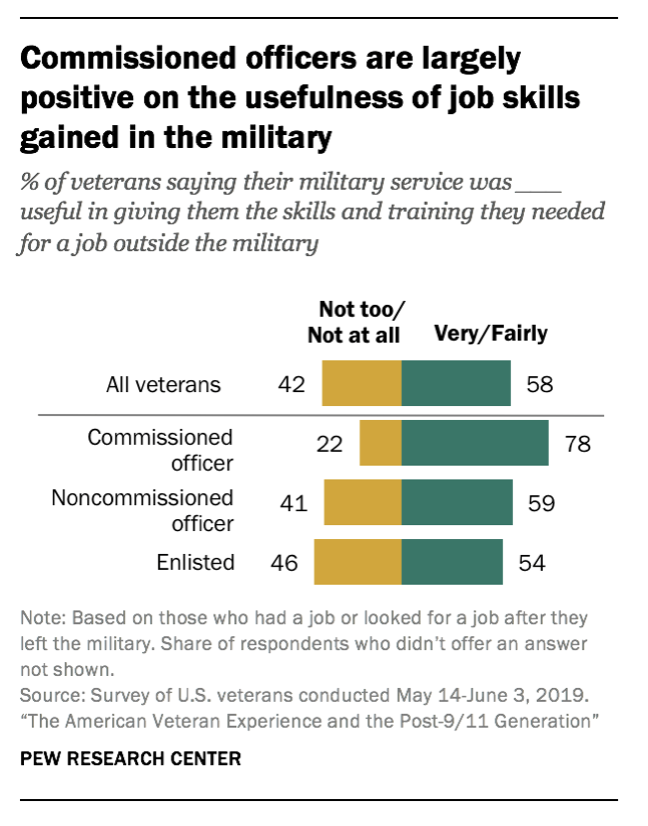