There’s a lot of debate swirling around Modern Monetary Theory—some strident. Its critics call it a hot mess. “MMT has constructed such a bizarre, illogical, convoluted way of thinking about macro that it’s almost impervious to attack,” Bentley University economist Scott Sumner claimed recently on his blog. MMT’s proponents say it’s the critics who are impervious to reason—“part of a degenerative paradigm that has lost credibility,” says Australian MMTer William Mitchell.

This state of confusion isn’t good because Modern Monetary Theory, once confined to blogs and a handful of colleges including the University of Missouri at Kansas City, suddenly matters. In the U.S., the left wing of the Democratic Party is citing MMT to make the case for massive federal government spending on a Green New Deal to wean the U.S. off fossil fuels and fund Medicare for All. It’s virtually certain that MMT will be dragged into the debates of the 2020 presidential race. So the time is right for a semi-deep dive into Modern Monetary Theory—what it is, where it comes from, its pros and its cons. 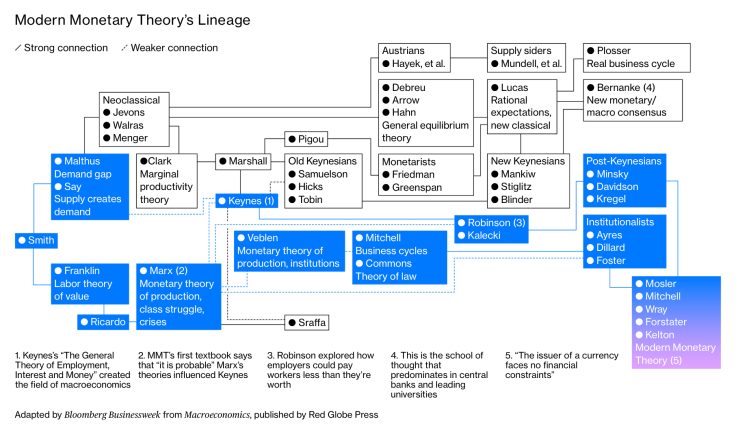