This information comes from a publication issued by Eurostat, the statistical office of the European Union. Tax indicators are compiled in a harmonised framework based on the European System of Accounts (ESA 2010), enabling an accurate comparison of the tax systems and tax policies between EU Member States. 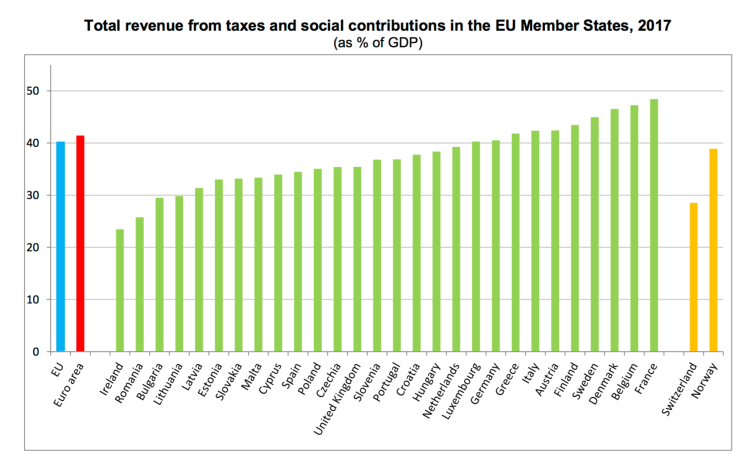 Chosen excerpts by Job Market Monitor. Read the whole story at Tax-to-GDP ratio up to 40.2% in EU

Like Loading...
« Transport in Glasgow and north of England – A significant barrier to employment for many residents living in low-income neighbourhoods
Germany – How the future of work is tackled »