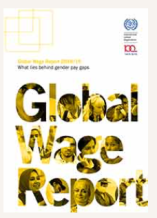 Given the recovery in GDP growth and the gradual reduction in un- employment rates in various countries, slow wage growth in high-income coun- tries in 2017 represented somewhat of a puzzle and has been the subject of intense debate. Possible explanations for subdued wage growth include slow productivity growth, the intensi cation of global competition, the decline in the bargaining power of workers and the inability of unemployment statistics to adequately cap- ture slack in the labour market, as well as an uncertain economic outlook which may have discouraged rms from raising wages.

In view of this low wage growth, it is perhaps not too surprising that the acceleration of economic growth in high-income countries in 2017 was led mainly by higher investment spending, rather than by private consumption.

More robust wage growth in low- and middle-income countries, with much diversity across countries and regions

Taking a longer perspective, real wages between 1999 and 2017 have almost tripled in the emerging and developing countries of the G20, while in advanced G20 countries they have increased by a much lower total of 9 per cent. Yet in many low- and middle-income countries average wages remain low and insu cient to adequately cover the needs of workers and their families. 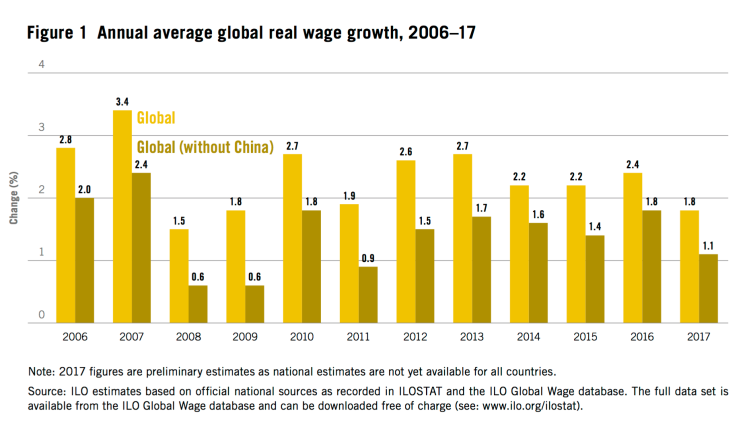 Like Loading...
« Skills Gap – How to address the opportunities and challenges for skill development in the digital economy
Skills Gap – Use of data from 21st century skills assessments »