Internships in UK – The high cost of working unpaid

Internships continue to be unpaid, unadvertised and unfair. This brief highlights the high cost of working unpaid in the UK, but research suggests that many young people are still being asked to work unpaid. Additionally, recent research suggests that many employers continue to give out internships informally, locking out young people without professional networks and contacts. 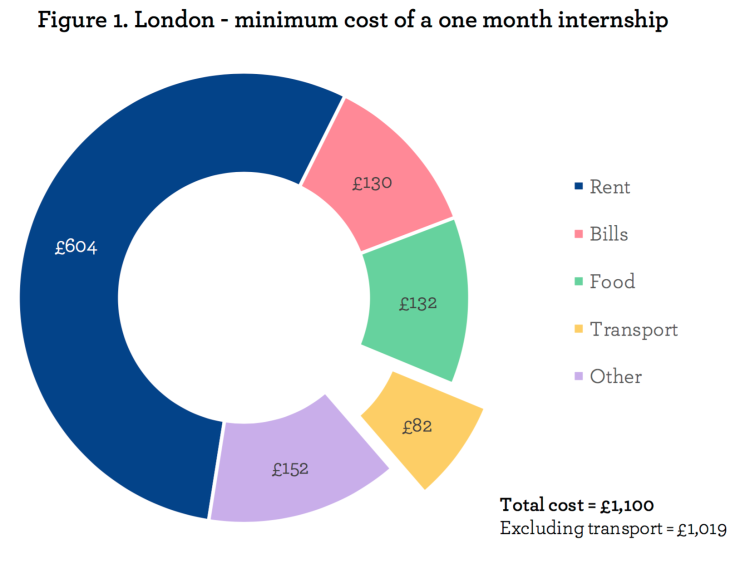 There are concerns that some employers are either unaware that their interns should be paid, or that some employers are exploiting the lack of clarity in the law to avoid paying their interns. To address this issue, the Sutton Trust is supporting Lord Holmes’ private members bill to limit unpaid work experience or internships to four weeks in length. The bill had its first reading in June 2017, and is currently going through Parliament. Polling estimates this change is supported by 72% of the population, with 42% saying that they ‘strongly support’ such a ban.

Additionally, 80% of people want companies to be required to openly advertise internships and work experience opportunities, rather than organise them informally.17 A ban on unpaid internships over four weeks has also been supported by the APPG on Social Mobility,7 and the government’s Social Mobility Commission. As internships are increasingly seen as a necessity before a young person can start work,if they are not paid and not openly advertised, they will continue to be a barrier to social mobility.

Like Loading...
« Work-Based Learning (WBL) – Does it facilitate transitions to decent work?
The Apprenticeship Levy In UK – A substantial reduction in apprenticeship numbers »