Recessions in UK – Persistent scarring effects on employment and earnings

This paper estimates the effects of entering the labour market when the economy is weak on subsequent living standards using consistent long-running household survey data from the UK. In line with previous research, we find persistent scarring effects on employment and earnings. However, we also provide the first estimates of impacts on net household incomes and household expenditures – standard proxies for material living standards – and we find little or no impacts. This is primarily due to two particular forms of insurance: the UK tax and transfer system and, even more importantly on average, the incomes of parents, with whom many young adults live in the years after leaving education. The interplay between heterogeneity in labour market scarring and insurance is key to understanding why parental incomes insure so much of the shock: lower-educated young adults experience the worst labour market scarring effects, but they are also highly likely to live with their parents in the years after labour market entry (irrespective of economic conditions), and the negative labour market effects are not so persistent as to outlast the typical period of co-residence. However, young adults not living with parents do see negative and persistent scarring effects feed through to their net incomes and expenditures. It may therefore be useful for future research on scarring to focus on this group, as well as the degree to which resources are shared within households between parents and their co-resident adult children.

Key findings of the research include: 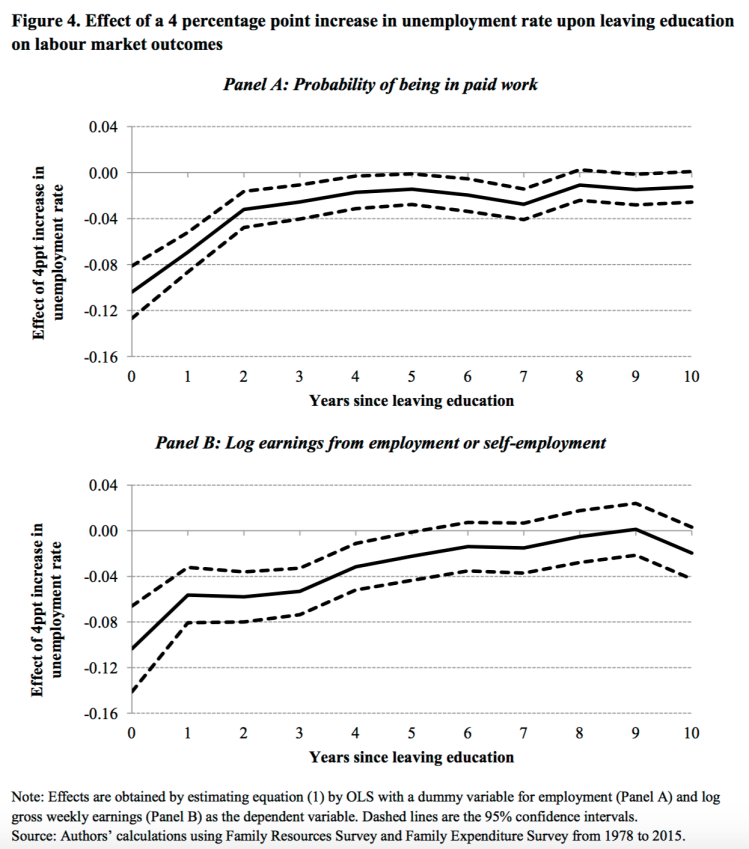 via Entering the labour market in a weak economy: scarring and insurance – Institute For Fiscal Studies – IFS

Like Loading...
« Minimum wage in South Africa – Not a living wage
Skills Gap in US – Data from the LinkedIn Economic Graph »