In 2017, the employment rate of people aged 20 to 64 in the European Union (EU) stood at 72.2%, up compared with 2016 (71.1%). The Europe 2020 strategy target is to reach a total employment rate for people aged 20 to 64 of at least 75% in the EU by 2020. This objective has been translated into different national targets in order to reflect the situation and possibilities of each Member State to contribute to the common goal.

This information comes from the 2017 results of the European Labour Force Survey. Further details are available in an article issued by Eurostat, the statistical office of the European Union. This survey collects data on employment and unemployment, as well as on a large range of other variables related to the labour market, of which only a small selection is shown in this News Release. 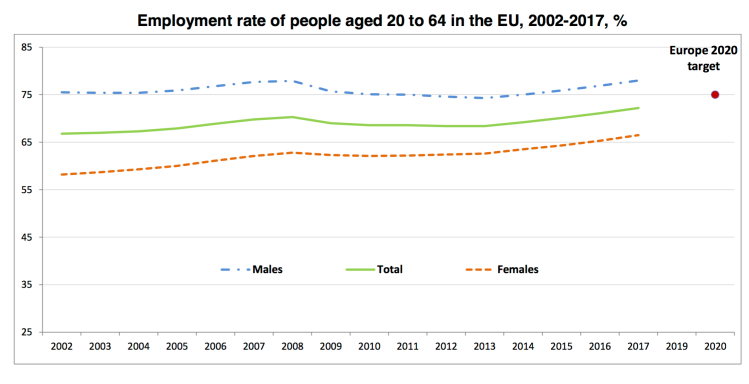 Chosen excerpts by Job Market Monitor. Read the whole story at Employment rate of people aged 20 to 64 in the EU reached a new peak at 72.2% in 2017