Labour market flows show the movements of individuals between employment, unemployment, and economic inactivity. In order to ensure comparability, data published by Eurostat are based on a harmonised methodology. This may result in small differences between these data and those published nationally. 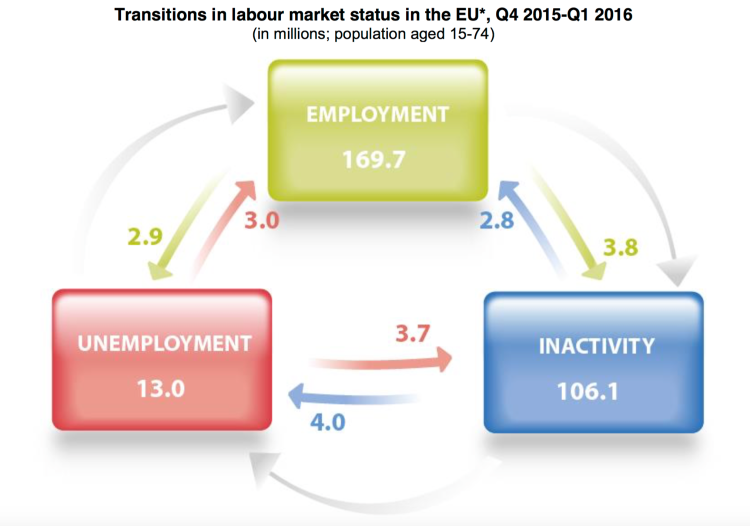 Chosen excerpts by Job Market Monitor. Read the whole story at  15% of unemployed persons in the EU found a job

Like Loading...
« Youth Unemployment Is on the Rise – 20 per cent were willing to move permanently to another country.
The Future of Jobs – Rethinking education systems, incentivizing lifelong learning and cross-industry and public-private collaboration »