Canada has been losing high-paying jobs for the first time since the recession.

David Madani of Capital Economics crunched the latest Statistics Canada numbers and found that “employment and income trends have worsened,” with a slowdown in the rise of lower-paying jobs and an outright loss of higher-income positions largely because of the oil shock. 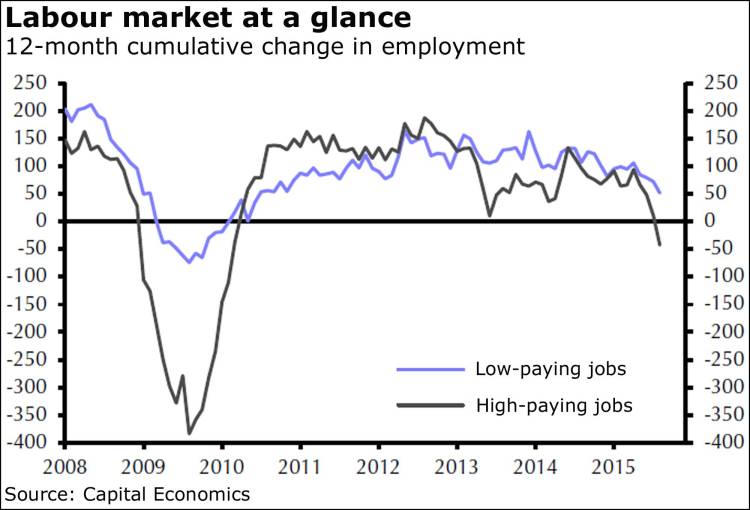 Mr. Madani’s chart, above, illustrates how higher-paying positions have dwindled over 12 months, cumulatively, to the end of August.

“Since oil prices first began to slump more than a year ago, the 12-month cumulative change in non-farm employment has declined steadily, with the number of higher-paying jobs contracting for the first time since the severe 2008-09 recession,” said Mr. Madani, the firm’s Canada economist.

“With non-energy exporters still struggling and energy producers slashing investment and hiring, we expect net job creation to be modest in the coming year, with the unemployment rate rising to 7.5 per cent by the end of 2016.”