PRB’s population projections in the 2015 Data Sheet show world population reaching 9.8 billion by 2050, up from an estimated 7.3 billion now, though the projections mask wide variations among countries, notably: 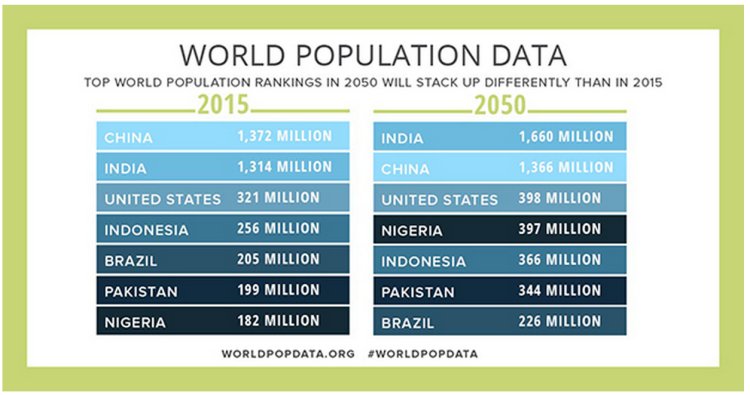 Like Loading...
« The Current Population Survey (CPS) in US – A massive fraud coming out of its Philadelphia region
Technology has been a great job-creating machine study finds »