In this release, the real minimum wage for Canada is a weighted average of the provincial minimum wages, expressed in 2013 constant dollars to account for inflation.

Although the real minimum wage in Canada was nearly identical in 1975 and 2013, it varied between these two years.

One commonly used source for long-term wage trends is the average hourly earnings of employees paid by the hour in the Survey of Employment, Payrolls, and Hours.

Prior to 2005, the ratio fluctuated between 38% and 45%. These changes were mainly the result of variations in the real minimum wage, since the average real hourly earnings varied little over the period. 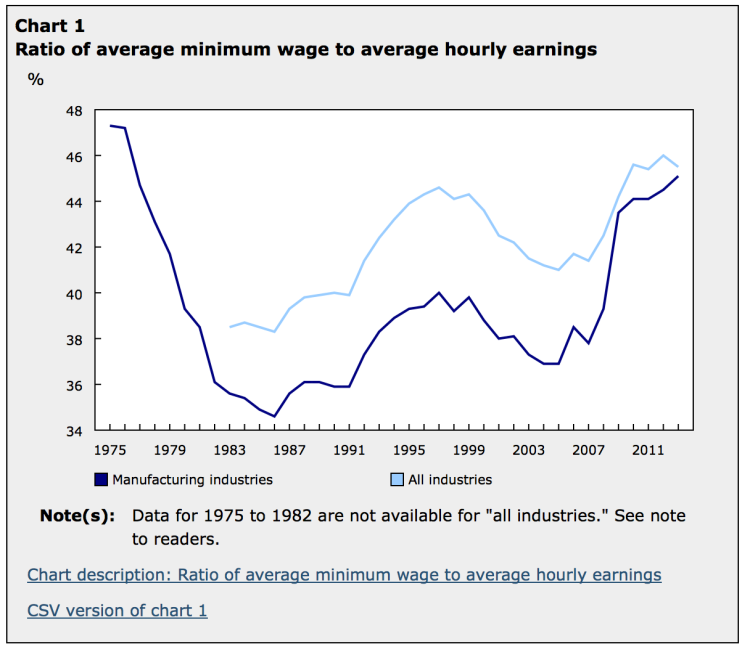 Like Loading...
« Young Adults in US – There were 31.2 million young adults ages 18–2
US – 74 percent of STEM grads are not employed in STEM occupations finds Census Bureau »