A new study that followed a group of men and women for two decades reports that men who had finished high school by 1991 earned $206,000 more over those 20 years than men with no high school diploma. For women, the difference between the two groups was $161,000. The dollar figures are expressed in 2010 constant dollars to account for inflation.

Using longitudinal tax data linked to 1991 Census data, the study tracked the two groups from 1991, when individuals were 26 years old, to 2010, when they were 45. Individuals were grouped according to their highest level of completed education in 1991. 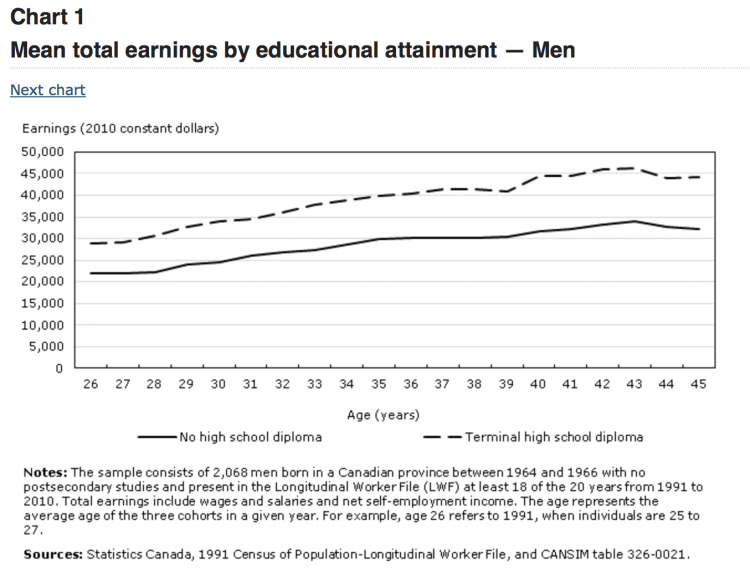 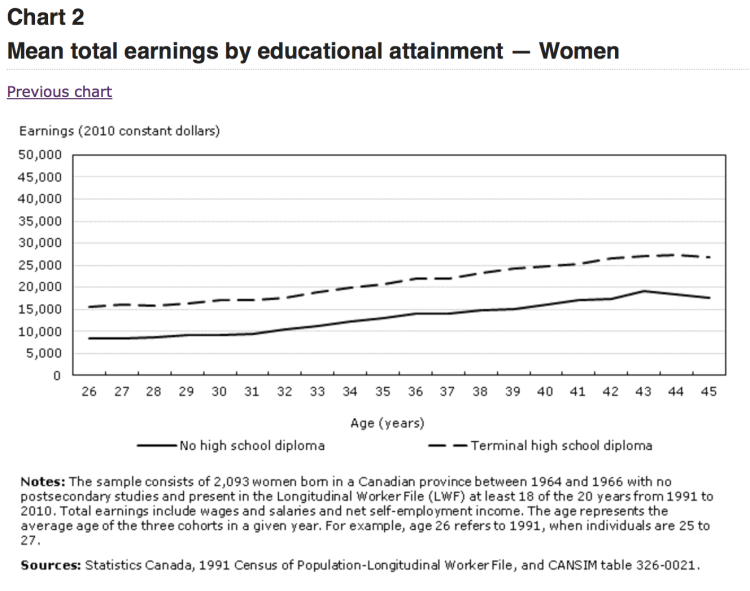 The first group, termed “terminal high school graduates,” included those who had completed a high school diploma by 1991, but had not pursued a post secondary education. Men in this group earned $776,000 over the 20-year study period, while women earned $424,000.

The second group, composed of individuals who had not completed high school by 1991, earned considerably less over the 20-year period. Men in this group earned $570,000, while women earned $263,000.

via The Daily — Study: Long-term labour market premiums associated with a terminal high school diploma, 1991 to 2010.

Like Loading...
« PSA Peugeot-Citroen in France / To cut another 1500 jobs
Employment Insurance in Canada / November 2013 virtually unchanged from October »