Europe | Unemployment rises to record 10.7% in Euro Zone and above 20% for Youth and in Spain

Europe’s leaders travel to Brussels on Thursday, hoping to chart the continent’s way back to growth as figures show unemployment in the 17-country eurozone has spiked to its highest level since the euro was established in 1999.

While the two-day summit is for once taking place amid relative calm on financial markets, Europe’s population is only starting to feel the full impact of the massive budget cuts and economic uncertainty of the past three years.

New figures showed that unemployment in the 17-country eurozone hit 10.7 percent in January — the highest level since the currency union launched in 1999. The situation in the 27-country European Union is not looking much better, with unemployment reaching 10.1 percent in the first month of the year.

Policymakers across Europe have made spurring growth and jobs their new mantra, but so far their proclamations have yielded few results. Many economists want governments to stop slashing budgets as the continent heads into another recession, warning that more cuts will further destabilize the economy and make the debt situation even worse.

“This crisis and some remedies puts social cohesion at stake. It can also damage the European idea itself,” said EU President Herman Van Rompuy. “That is why we have to tackle inequalities and poverty.” …

via The Associated Press: Europe looks for growth amid record unemployment. 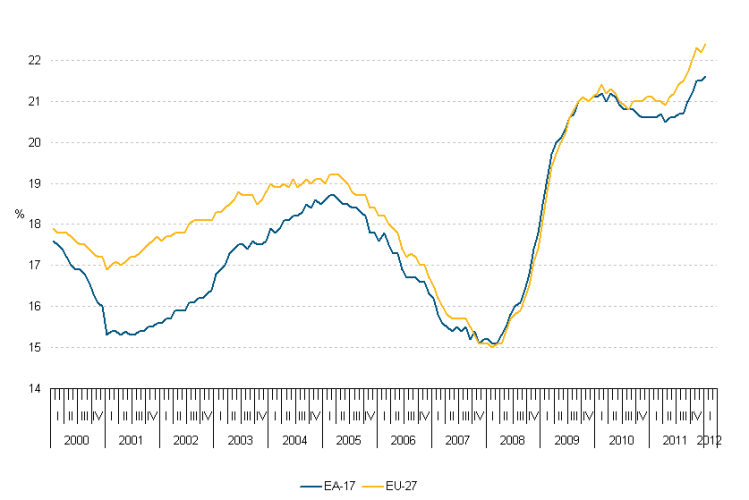 8 thoughts on “Europe | Unemployment rises to record 10.7% in Euro Zone and above 20% for Youth and in Spain”