The unemployment rate declined by 0.2 percentage point to 3.8 percent in February, and the number of unemployed persons decreased by 300,000 to 6.2 million. Among the unemployed, the number of job losers and persons who completed temporary jobs (including people on temporary layoff) declined by 225,000. This decline reflects,in part, the return of federal workers who were furloughed in January due to the partial government shutdown. 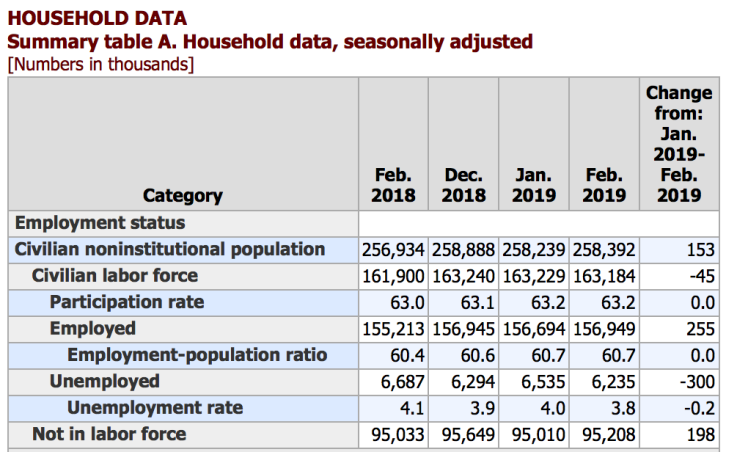