Despite the rebound in the U.S. economy and an improving job market, nearly 1 in 4 workers say they don’t trust their employer and only about half believe their employer is open and upfront with them, according to the American Psychological Association’s 2014 Work and Well-Being Survey released today. 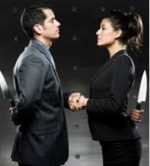 While almost two-thirds (64 percent) of employed adults feel their organization treats them fairly, 1 in 3 reported that their employer is not always honest and truthful with them. “This lack of trust should serve as a wake-up call for employers,” says David W. Ballard, PsyD, MBA, head of APA’s Center for Organizational Excellence. “Trust plays an important role in the workplace and affects employees’ well-being and job performance.”

“The layoffs, benefit cuts and job insecurity that accompanied the recession put a strain on the employee-employer relationship and people aren’t quick to forget,” added Ballard. Workers reported having more trust in their company when the organization recognizes employees for their contributions, provides opportunities for involvement and communicates effectively.

Although a majority of workers reported being satisfied with their job overall, less than half said that they are satisfied with the growth and development opportunities (49 percent) and employee recognition practices (47 percent) where they work. More than a quarter (27 percent) of U.S. workers said they intend to seek new employment in the next year.

Like Loading...
« Close the Skills Gap in US – Why are apprenticeships in decline?
Australia – Youth long-term unemployment has more than tripled since 2008 says a report »