ADP and Gallup on US Jobs – Positive but weak job growth

Private-sector employers added 139,000 jobs last month, up from a revised 127,000 in January, but down from 205,000 in February 2013, according to ADP. Economists had forecast that private-sector hiring somewhat slowed down last month, with employers adding 160,000 jobs, compared with an originally estimated January increase of 175,000, according to a Dow Jones Newswires survey. 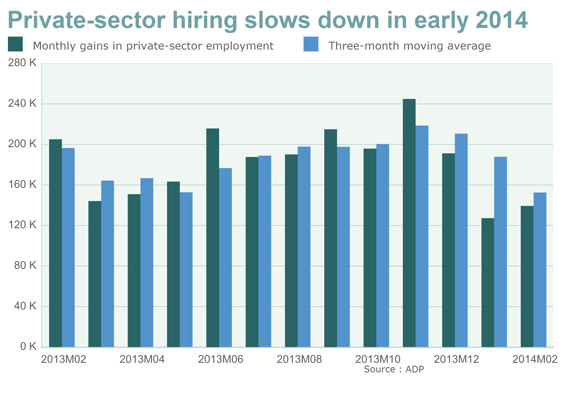 Gallup’s U.S. Job Creation Index increased slightly in February to +21 from +19 in December and January. The index now exceeds the +20 average for 2013 and is the highest February reading since the beginning of the 2007-2009 recession.