Baby Boomer Women in US – Too Much Fun to Retire

Kay Abramowitz has been working, with a few breaks, since she was 14. Now 76, she is a partner in a law firm in Portland, Ore. — with no intention of stopping anytime soon. “Retirement or death is always on the horizon, but I have no plans,” she said. “I’m actually having way too much fun.”

The arc of women’s working lives is changing — reaching higher levels when they’re younger and stretching out much longer — according to two new analyses of census, earnings and retirement data that provide the most comprehensive look yet at women’s career paths.

Over all, the paths look much more like men’s careers than they used to. Women are more likely than in previous generations to work at almost every point in their lives, including in their 20s and 30s when they often used to be home with children. Now, if mothers take breaks at all, it’s often not until their late 30s or early 40s — and those who leave are likely to return to the labor force.

Most striking, women have become significantly more likely to work into their 60s and even 70s, often full time, according to the analyses. And many of these women report that they do it because they enjoy it. 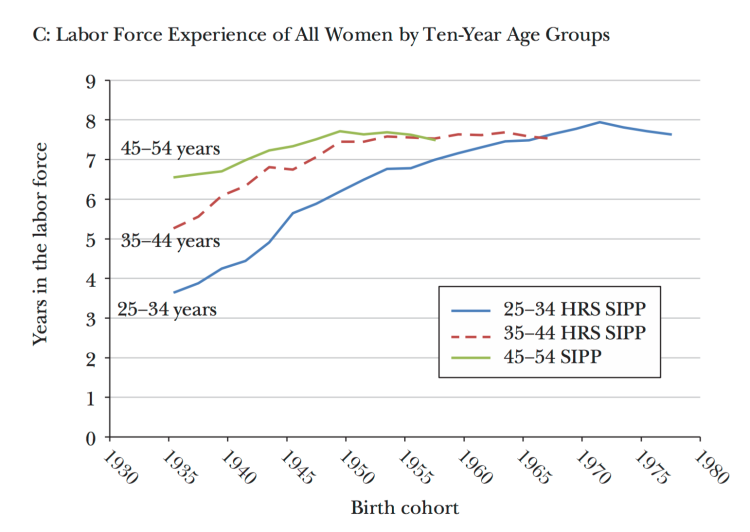 Chosen excerpts by Job Market Monitor. Read the whole story at More Women in Their 60s and 70s Are Having ‘Way Too Much Fun’ to Retire – The New York Times